Our friends at Power Automedia are working on a new Factory Five Cobra Jet Challenge car, and they’ve asked Tilton to be involved. According to the official page on TURNology:

The basis of the project is Factory Five’s proven MK4 Challenge series car. The Challenge kit differentiates itself from the standard Roadster kit mainly from its fully integrated, NASA legal cage. A robust halo bar is easily identifiable and from there, fully integrated door bars makes getting in and out of the car a little more challenging than a standard Roadster. A standard 3-link rear suspension and tubular front suspension are some of the additional items that come with the Challenge kit. We optioned a Street Completion package to make it road worthy, which consists of a second seat, carpet, and a windshield.

The car will run a Coyote engine producing upwards of 600hp and nearly 500 lb-ft of torque (on a “conservative 12:1 compression ratio”). An array of Tilton products will also be featured in the build, including: 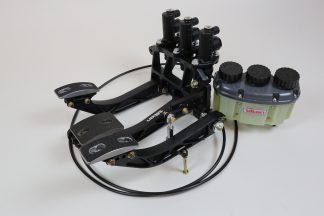 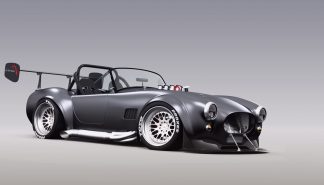 With a goal of unveiling the Factory Five Cobra Jet Challenge car at the 2015 SEMA Show, expect a lot of updates over the course of the year.

Check out the official update page for more details.